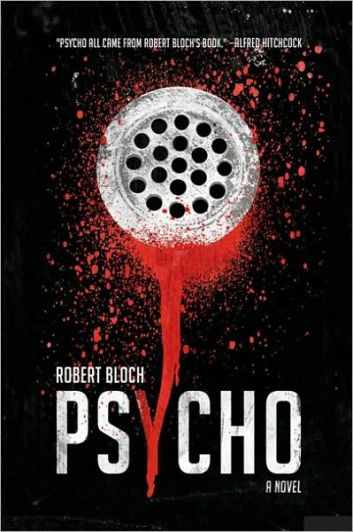 Psycho (1959) is a suspense novel by Robert Bloch. The story was adapted into Alfred Hitchcock’s seminal 1960 film of the same name. Bloch later wrote two sequels, which are unrelated to any of the film sequels.

If by some freak of nature you happen to be in the dark regarding Robert Bloch’s Psycho I will warn you not to go in the shower at the Bates Motel, and be green with envy that you can read the novel with no prior knowledge of the intriguing plot.

so basically this book tells us about a very perfect and a close relationship between a mother and a son. this relationship affect norman bates (who is the son)so much that even when his mother dies he still thinks that she is alive and follows (what according to him) what she says, which includes murder, manipulating etc. the whole teenage years of norman bates and how and why he became a”psycho” is  being depicted in “The bates motel”(the tv series).

And very ironically in the year 1957,  Ed Gein was arrested in his hometown of Plainfield, Wisconsin for the murders of two women. When police searched his home, they found furniture, silverware, and even clothing made of human skin and body parts. Psychiatrists examining him theorized that he was trying to make a “woman suit” to wear so he could pretend to be his dead mother, whom neighbors described as a puritan who dominated her son just like Norma bates, and At the time of Gein’s arrest, Bloch was living 35 miles (56 km) away from Plainfield in Weyauwega.so probably this might be a modified version of  Ed Gein’s psychopath murders.

I AM AN INDIBLOGGER